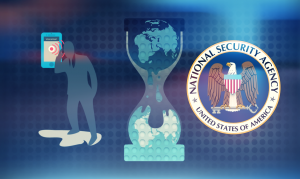 (TS//SI//OC/REL TO USA, FVEY) Israel has reached out to Europe, including Italy, for help in smoothing out the current rift in its relations with the United States, according to Italian diplomatic reporting of 13 March. Speaking with Italian Prime Minister (PM) Silvio Berlusconi, Israeli PM Binyamin Netanyahu insisted that the trigger for the dispute–Israel’s decision to build 1,600 homes in contested East Jerusalem–was totally in keeping with national policy dating back to the administration of Golda Meir, and blamed this mishandling on a government official with poor political sensitivity. The objective now, Netanyahu said, is to keep the Palestinians from using this issue as a pretext to block a resumption of talks or to advance unrealistic claims that could risk sinking the peace negotiations altogether. Continuing, he asserted that the tension has only been heightened by the absence of direct contact between himself and the U.S. President. In response, Berlusconi promised to put Italy at Israel’s disposal in helping mend the latter’s ties with Washington. Other Israeli officials, meanwhile, believed that this tiff goes far beyond merely the question of the construction plans, marking instead the lowest point in U.S.-Israeli relations in memory.

(TS//SI//NF) A 22 October meeting attended by German Chancellor Angela Merkel, French President Nicolas Sarkozy, and Italian Prime Minister (PM) Silvio Berlusconi was later described by the Italian’s personal adviser on international relations, Valentino Valentini, as tense and very harsh toward the Rome government. Merkel and Sarkozy, evidently brooking no excuses with respect to Italy’s current predicament, pressured the PM to announce strong, concrete palliatives and then to implement them in order to show that his government is serious about its debt problem. Sarkozy was said to have told Berlusconi that while the latter’s claims about the solidity of the Italian banking system may be true in theory, financial institutions there could soon “pop” like the cork in a champagne bottle, that “words are no longer enough,” and that Berlusconi must now “make decisions.” Also on the 24th, Valentini indicated that EU Council President Herman Van Rompuy had urged Italy to undertake policies aimed at reducing the impression within the EU that the country is weighed down with an enormous debt at a moment in time when it also is struggling with low productivity and showing little dynamism. In Van Rompuy’s opinion, Spain is the model that Italy should now be seeking to emulate.